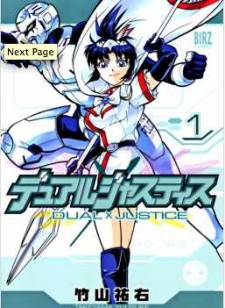 Here’s the new project of the week, Dual X Justice! It’s an action school life series of two individuals who were chosen by God to become angels in a time when humanity has forgotten God. They each have superhuman powers, the guy being the one who has Kamen Rider-esque powers while the girl has Magical Girl-esque powers, and they fight monsters much like in each respective genre. It’s a play on the Magical Girl genre and Kamen Rider, and it might be a little old, but it’s rather funny.( From CXC Scans )