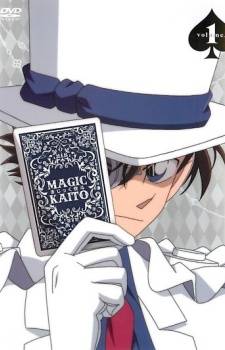 Teenage magician Kaito Kuroba has a secret identity: that of Kaitou Kid, a famous internationally-known and wanted "phantom thief". Kaito took the identity after one day discovering that his late father was the original Kaitou Kid. Later on, he discovers his father, who died from an 'accident' during a magic trick, was really murdered because he would not steal the jewel Pandora for an evil organization. As Kaitou Kid, Kaito tries to find Pandora before that organization that killed his father do, and destroy it, leading Inspector Nakamori and his taskforce on the wildest jewel heists imaginable!