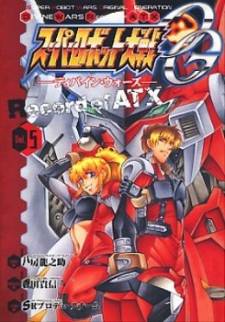 Based on the Super Robot Taisen Original Generations franchise, this is the story of "Kyosuke's Route" at the very start of the events that set the basis for the whole thematic of the universe. Meet Kyosuke Nanbu and see how one man, this one man is pulled into a fate that involves politic conspiracies, military weapon development run conflicts, betrayals, revolts, people with super natural powers & an enemy extra terrestrial invading menace. Even though he is just a "regular human", Kyosuke is to the core a brave man who will not be shunned "so easily" and at the command of his own trademark machine, the so called old fashioned "Alt Eisen" he will lunge towards the center of the conflict and will blow away everything that stands in his way.